Desk, work table, drawing table, dining table ... Whatever should happen on top, an E2 table frame (known as Eiermann table) always convinces at the bottom. The light and stable construction made of tubular steel can be selected variably in dimension and colour. And the desired table top is simply laid on.

You already know what you want? Then put together your individual E2 desk here or choose the right one for you from the ready-made variants that can be delivered quickly.

1. The right colour for your E2 desk

2. The E2 desk is made of these materials

4. The E2 children's table - not just for children

5. Too reduced? Here are the accessories

6. The history of the E2 table, part 2: The table frame "Eiermann". What is original?

The right color for your E2 desk

The E2 desk consists of these materials

A stable base: The E2 table frame made of steel

E2 table frames are made of steel. Steel is the material that is difficult to describe in terms of bulk density, but in combination with its load-bearing capacity can be used so sparingly that lightweight constructions can be created. Steel was one of Egon Eiermann's favourite materials. And in the construction of the E2 table frame, steel shows how efficient it is: with minimal use of materials, an extremely stable and load-bearing construction is created that is so light that it can be carried away by anyone.

Linoleum or melamine: find the right tabletop for your E2 desk

With our tabletop range you have the choice between two different surface types for your E2 desk: a melamine resin surface or a linoleum surface.

Robust, neutral, durable - the melamine board

Melamine resin is the much more economical variant and convinces as a durable and resistant table top. The melamine resin surface can be smooth or pearled. The core of our melamine resin table tops is certified pollutant-free chipboard.

Linoleum-coated table tops flatter the user with their warm, pleasant feel and the noble appearance of the natural material. They are the finest blanket for your E2 desk. At the core we offer three different table top structures. One variant consists of a glued fir-wood chopstick top. Its construction requires a edge band, which can be made of real wood or plastic (ABS). The second variant does not require a trim: It consists of a multiplex board made of birch wood. The edge makes the layered structure of the board visible. An MDF board (Valchromat) can also be selected as the third variant without a laminating edging. At its edge, the homogeneous wood-based material MDF is available in grey or anthracite.

Your E2 desk for any room size

A generous use of space does not have to be synonymous with waste. Larger areas can be multifunctional and therefore economical. Instead of having several areas for different functions, you can set up a larger area for different uses and save space in the end. Thus the conference room in the morning becomes a break area at noon and a workshop room in the evening. Due to their simple and lightweight construction and conversion, E2 desks are ideal for such flexibly designed rooms: whether large-format and individually positioned or grouped into practical table islands.

The largest E2 table frame measures 135 cm x 78 cm (length x width). In this dimension it also carries table tops in conference table format. We offer a maximum format of 120 x 240 cm for the table tops, which is three and a half times the size of the smallest recommended table top. We generally supply both melamine and linoleum table tops in even larger sizes. For the maximum dimension of the E2 table frame, however, we do not recommend such formats any more because the table top overhangs are disproportionately large.

Whether home office, student workplace in a shared room or the additional workplace for the external employee: often there is no room for the furnishing of a spacious workplace and an area is created somewhere by optimising the furnishing. This probably does not measure 10 m² as recommended as a benchmark for a workplace. But there is also a suitable E2 desk for such cramped conditions.

The smallest E2 desk is the children's table, but there is also a smallest variant of the "large" E2 tables. The frame measures only 100 cm x 60 cm (length x width) and therefore at least theoretically carries a tabletop with at least exactly these dimensions. Larger is always possible and an overhang of the tabletop over the frame should always be possible, otherwise the tabletop will slip too easily. We recommend at least 5 cm on each side. This would make the smallest recommended tabletop 70 cm x 110 cm.

The E2 children's table - not only for children

Are children "little adults"? To what extent do children need a world adapted to them? Or should children learn to adapt to the world of the grown-ups, because they themselves are constantly growing bigger and grown up at some point? What is suitable for children? What promotes development?

Big questions that you can deal with and argue about. But you can also simply buy an E2 children's table. It adapts to the size of the child in the working height and has a fixed table top which prevents it from slipping. Otherwise it is a table like the adults use it: Four legs and a top on top. Beautiful, simple and usable for a long time. Ultimately, the E2 children's table grows up to the adult level and is therefore a fully-fledged E2 desk from small to large.

And if the size of the table top (120 cm x 68 cm) is sufficient for the child to grow up, there is no reason to part with the piece of jewellery just because the move from the parent's apartment is imminent. Because even then the E2 children's table is still very practical, handy and space-saving and simply beautiful to look at. And the E2 desk has certainly become a beloved companion.

Too reduced? Here are the E2 accessories 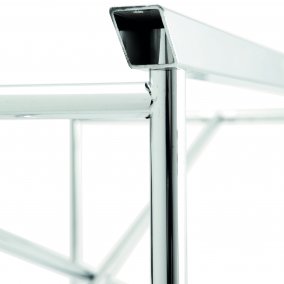 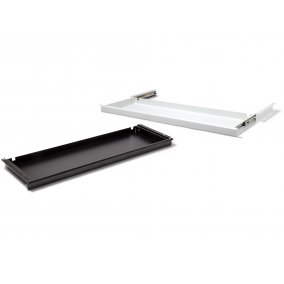 What's the mess on your desk? Quickly stow everything underneath! Even the laptop has room. 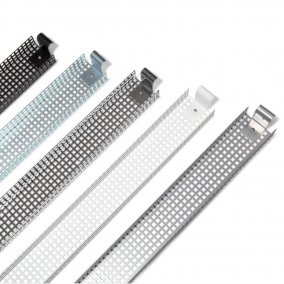 No more tangled cables on your legs despite power supply units, monitor and LAN connection in place. 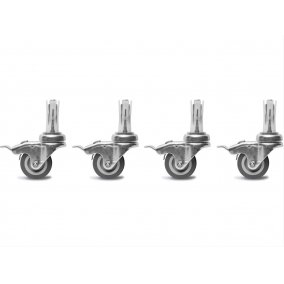 Today here - tomorrow there, straight ahead still in the way - and already it is gone: The mobile E2 table frame including brakes.

The history of the E2 table

Where did the design of the E2 table come from and who invented it? What is an egg man's table? And why are there different suppliers today? Here we answer all questions about the history of the E2 table. It's all about the development of the design, the producer of the table frames and the trademark rights to the term Eiermann. We'll also tell you how and when Modulor got involved with the E2 table.

Part 2: The table frame "Eiermann". What is original?

Is a table frame with four legs made of steel tubes, which are connected orthogonally at the sides and diagonally in the middle by a cross strut, already an original Eiermann table frame? Certainly not. Only one construction principle or idea is described here. Trademark law is much about formulations that are filed and disputed. But regardless of this, the term "original" is also difficult to define in furniture design.

Which change of a connection, which choice of material or production method, which surface treatment or coating means such a serious change for a design that it is no longer the original? Who is the author of a further development or variation and is he in exchange with the original designer? Which design or production stage is "The Original"? Or can there be only one original artefact and all other copies are copies anyway? At least the last question can certainly be answered in the negative, because in general the term "original" is used synonymously to "original design" in design - unlike in art, where the original is usually unique.

Egon Eiermann used the design principle described above for table frames in various places and in various variations. It can not only be found in Egon Eiermann's office at work tables or at Karlsruhe University. It can also be found in the furnishings of churches, such as the Gedächtniskirche in Berlin and the Matthäuskirche in Pforzheim, in which altars are built according to this very principle. Most of these constructions were welded together. This is certainly the most elegant connection in steel construction, but it has one decisive disadvantage: it cannot be removed again.

When an assistant of Egon Eiermann wanted to move in 1965, he asked Adam Wieland, then workshop manager of the metal workshop at the Technical University of Karlsruhe, to design the previously very bulky frame in such a way that it could be dismantled and packed together to save space. The result was a bolted frame with a vertical cross, which we still know today and which Modulor has in its range: The E2 frame - known as the Eiermann table.

Part 1
Part 3
Modulor Newsletter
This is Modulor
✖
Modulor uses cookies to provide you with the best experience on our website. By continuing to browse the site you are agreeing to our use of cookies.    More information
Welcome to Modulor
WITH or WITHOUT VAT?
As a business customer, see net prices - or as an individual customer, see all prices including sales tax.
Business customer
Price with sales tax
Private customer
with VAT
You can change your choice at the top of the page at any time in the future.