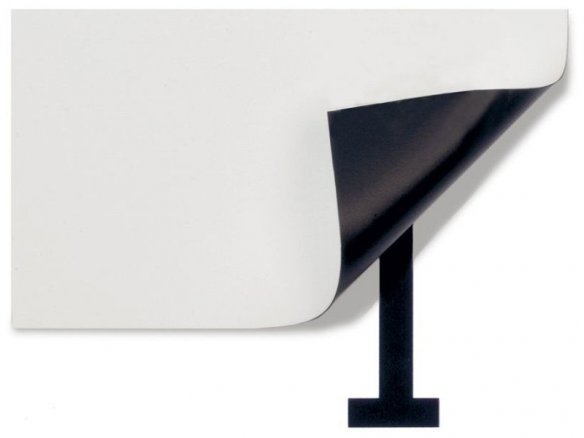 The projection screen Scene is two-ply: It is made up of a bright white front side and a deep black rear side. This makes it only suitable for front projections and also makes it completely opaque; this means that light that originates from behind the screen has no effect on a projection as is often occurs with light permeable films in such a situation. The black layer is primarily there to serve a blackout function but can in fact be used as a projection screen itself provided that a high-powered projector is being used. When the conventional side, i.e. the white side, is being used, Scene is a superlative projection screen that produces a homogenous brightness distribution combined with a high degree of reflection.