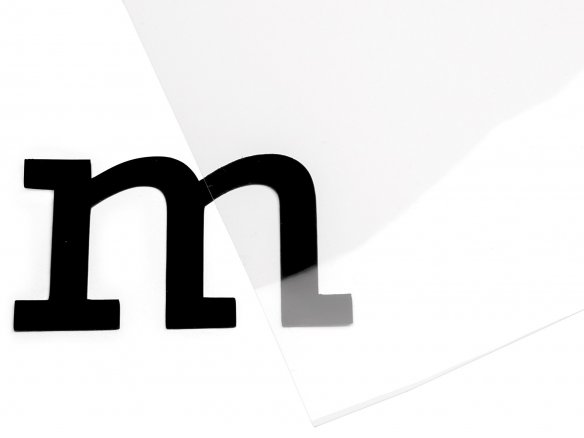 As a relative of celluloid the cellulose acetate is one of the most well known plastics and was the first one to be used in injection moulding processes. In fact, from 1949 to the 1960´s Lego bricks were injection moulded cellulose ester. These days it is used for eyewear frames, tool handles, hair ornaments or the outer covering for books. Most cellulose esters end up being used in the production of fibres: cigarette filters are the result of individual cellulose fibres being combined to form a tube. Other products that are made from cellulose acetate which are on offer from Modulor include the range of Scotch tapes from 3M.

Attributes: Acetate film is a highly transparent, scratch-resistant and supple plastic film which contains only a small amount of plasticizer. Because cellulose acetate absorbs moisture relatively well, the film displays antistatic characteristics and does not attract dust as readily as other plastic films. It is not recommended that the thicker versions be stored in rolled up form because the film strongly tends to take on the rolled shape. It is not resistant in the long term to UV light and after many years in sunlight it tends to yellow. In Germany, the acetate film also goes by the name “Ultraphan”.

Applications: It is a preferred medium for animated movies because of its high transparency, its ability to take on colouring and its resistance to forming Newtonian rings (rainbow coloured streaks). Another field in which the film is used is airbrushing – in this case because you can score and break it fairly easily and then use it as a template.

Treatment: Acetate film can be bent without crazing (whitening around the fold line), can be scored and broken even into round shapes, can be cut with an Cutter or scissors. For gluing, plastic adhesive containing solvent is best, or the solvent Acetone can be used pure.

2 Variants
reset filters
↺
Thickness
Note
Modulor Newsletter
This is Modulor
✖
Modulor uses cookies to provide you with the best experience on our website. By continuing to browse the site you are agreeing to our use of cookies.    More information
Welcome to Modulor
WITH or WITHOUT VAT?
As a business customer, see net prices - or as an individual customer, see all prices including sales tax.
Business customer
Price with sales tax
Private customer
with VAT
You can change your choice at the top of the page at any time in the future.