The E2 design comes from Adam Wieland, and is derived from Egon Eiermann's original design from 1953. Production takes place in Germany.

Over time, the E2 has become established as the standard table for architects, artists, and designers. A simple but well thought-out tubular steel construction, with a loosely laid-out table top, forms a stable and long-lasting working table. With suitable accessories, cables and PCs can be neatly mounted, the table height can be changed depending on the need, or it could be turned into a drafting table with an inclined tabletop with ease.

... as a working or dining table: The standard height of 72 cm is recommended, along with an adjustment using the height adjusters, if necessary. If the table is only used from one side, an offset-mounted crossbar should be chosen for extra legroom. For dining and meeting tables, we recommend the centrally mounted crossbar.

... as a drafting table: For use as a drafting table with a sloping table top, the relatively low, original height of 66 cm is suitable. This height ensures that the rear, higher part of the table top is easy to reach. Height adjusters allow for a variety of inclined positions.

For older and younger children

A growing children's desk for young and old. The table heights range from 52 cm for kids around the age of 6, to the standard height of 72 cm for teenagers and adults. The height adjusters are fastened with safety screws and provided with large suction cups, so nothing slips. The staggered crossbars ensure legroom. On a matching tabletop, measuring 68 x 120 cm, two children have space next to each other.

The only thing missing is: Accessories for the E2 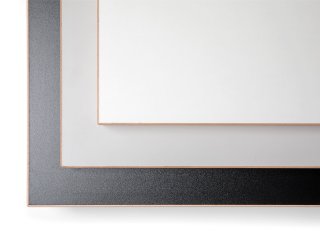 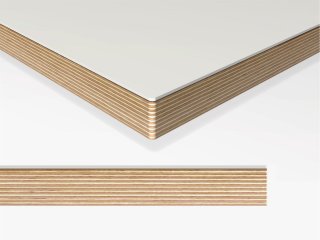 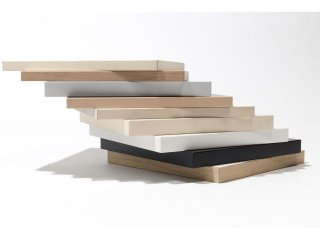 A table evolves - The history of the E2

1953 Egon Eiermann designs a metal table frame for use in art education rooms in schools and architectural offices. These were then manufactured by the company Max Meier as well as at the Karlsruhe Technical University. The frame consists of two side pieces joined to one another by cross bars that are permanently welded into place to form a bend-proof table frame. A basic wooden panel that is simply lain on top of the joined side pieces serves as the working substrate.

1965: Klaus Brunner, an assistant of Egon Eiermann, was inspired through his need to pick up and move to the city of Freiburg to come up with a transportable version of the table frame. Adam Wieland, who was the director of the metal workshop at the Karlsruhe TU since beginning in 1963, then made additional changes to Egon Eiermann´s table frame by making the diagonally arranged cross struts sit in a more upright position and made them so that they could be removed (not welded). Thus was the E2 born. A few days later, Egon Eiermann checked out the new design and was enthusiastic about it! In that same year, Adam Wieland began producing the table frames which eventually over the next 45 years became established as the standard table for architects and designers.

1995: While the welded version of the Egon Eiermann table frame disappeared from the marketplace in the 1980s, the popularity of Adam Wieland´s E2 version continued to grow. For many of his admirers the E2 became known as the "Eiermanntisch" (Eiermann table). During these years, a furniture dealer acquired the rights for the term "Egon Eiermann" and the corresponding products. He then made modifications to the original 1953 table frame and brought his version to market. It, too, could be dismantled and included tube diameters measured in metric units as well as various accessories like height adjusters and a cable duct, all of which had already been developed by Adam Wieland. Because Adam Wieland´s contribution of having made the table frame disassemblable was found to be an independent and significant advancement of the original, the production and marketing rights remained with him despite the fact that the rights to the name "Eiermann" had been sold in 1995.

2009: the product name "E2" was created and registered with the German Patent Office as a trademark.

Modulor Newsletter
This is Modulor
✖
Modulor uses cookies to provide you with the best experience on our website. By continuing to browse the site you are agreeing to our use of cookies.    More information
Welcome to Modulor
WITH or WITHOUT VAT?
As a business customer, see net prices - or as an individual customer, see all prices including sales tax.
Business customer
Price with sales tax
Private customer
with VAT
You can change your choice at the top of the page at any time in the future.